We have enthusiastic learners and are very proud of our latest end of Early Years, Key Stage 1 and Key Stage 2 results – and the school’s improving performance.

2019 Results show we maintained our path of improvement.

We are now at or close to national averages in most subjects. Our progress in Greater Depth ( GDS)  this year was pleasing.

Early years foundation stage attainment of the expected standard in the reading early learning goal (88%) was significantly above national and in the highest 20% of all schools in 2018.

Year 1 Phonics: 78% passed the check – the national average was 82% last year. This is an area of focus.

We are pleased with our results – and what the children achieved – this year, but we know there is more to be done so we are regularly in-line with or better than the national average in all subjects.

You can see our    JP Pupil Data overview 2017-19   and the Ofsted School Data Dashboard here. 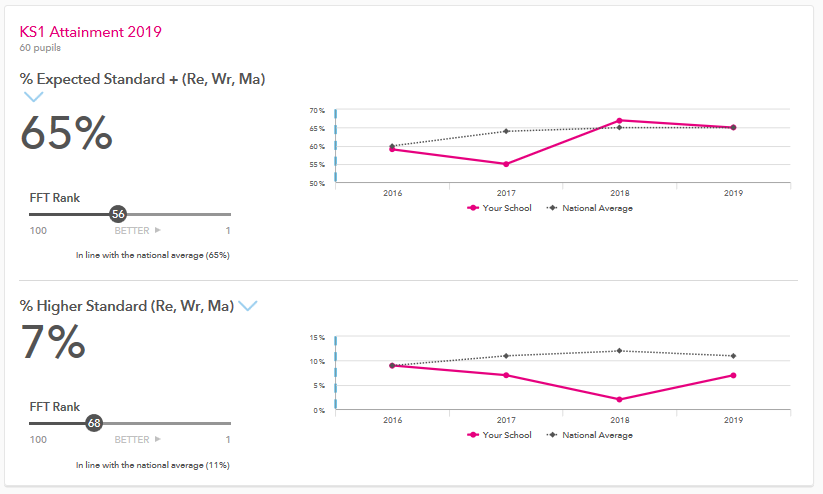 Pages in the Headteacher's Office

This website uses cookies to improve your experience while you navigate through the website. Out of these, the cookies that are categorized as necessary are stored on your browser as they are essential for the working of basic functionalities of the website. We also use third-party cookies that help us analyze and understand how you use this website. These cookies will be stored in your browser only with your consent. You also have the option to opt-out of these cookies. But opting out of some of these cookies may affect your browsing experience.
Necessary Always Enabled

Any cookies that may not be particularly necessary for the website to function and is used specifically to collect user personal data via analytics, ads, other embedded contents are termed as non-necessary cookies. It is mandatory to procure user consent prior to running these cookies on your website.