Inter school football has returned to Jennett’s Park with a roar. Cheered on by our mascot ‘The Lion’, we took to the field of dreams for our first school football game in over 2 years. Thankfully, Gary had erected new goals for us as we set about    making up for lost time.

Mr Page spent a week of our lunchtimes running trials. Over 30 children from years 5 and 6 took part and somehow, he managed to make some difficult choices to select our squad. In our first game we hosted local friends from Wooden Hill. We knew we were representing all of those other players who competed for places in the team as well as our whole school and all those who missed out over the last years. To say we were excited for the first game would be an understatement. We started fast and by half-time we 10-0 to the good. Attempting to stay humble and true to our rainbow beliefs, we then ensured we were making 10 passes and everyone was touching the ball before we took any further shots. The final score finished 15-0 and every player scored. Players player was awarded to Josh D and coaches award to Healy.

Filled with a respectful confidence, we were ready for our second game. An away trip to  Wildmoor Heath Primary school awaited us. On arrival we were greeted by a pitch with a slight slope and an athletic looking team. We set about our game trying to play a brand of football which involved short and sharp passes from the back. We were creating chances but are opponents were performing well. Thankfully we   managed to break the deadlock, defend stoutly and come away with a 2-0 victory. Goals scored by Zach and OG – assist Jake. Players player – Cassius

Our third game, could we make it three in a row? Mr Page explained that we need to take  every game as it comes and Owlsmoor would be a different challenge. We   welcomed Owlsmoor to the theatre of dreams and roared on by both a lion and dragon – we felt the force behind us. Owlsmoor came with a strength and energy we haven’t yet      witnessed. We held to our beliefs of good flowing football and supporting each   other. Our movement and good passing proved to be too strong for Owlsmoor and we came out victors 4 goals to 0. Goals scored by Theo, Zach, Josh,, Vadenska. Players Player – Classius and Healy

We thank all our parents, mascots and teachers for their support and we look forward to our next games. 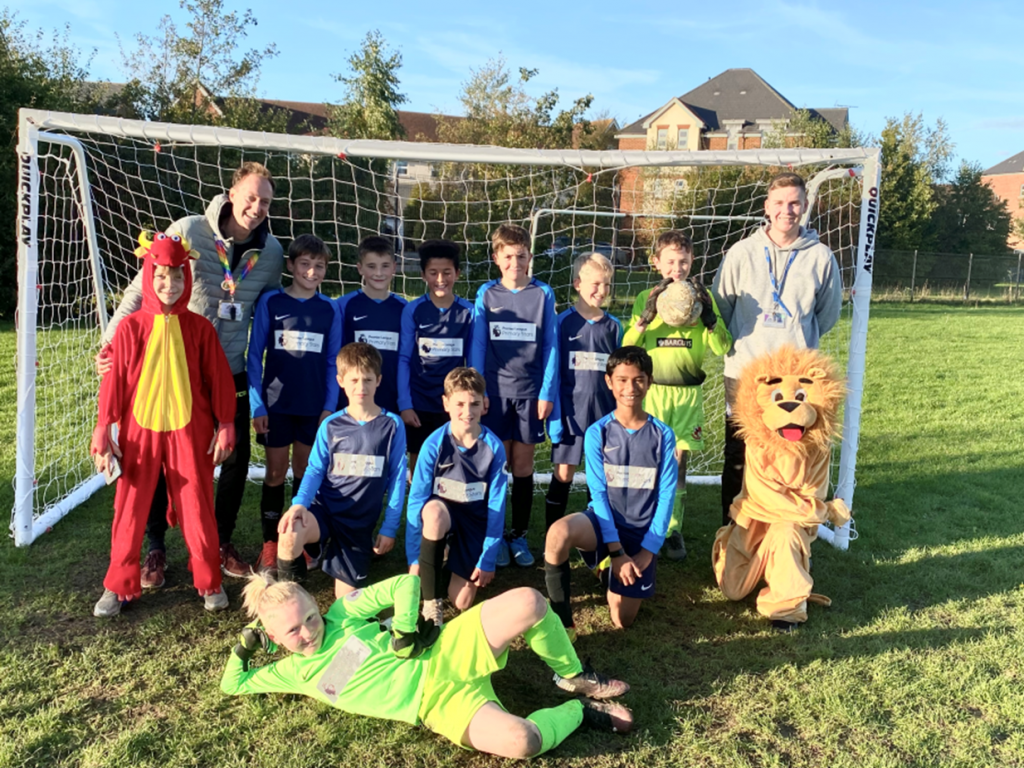